Trip To The Past – How Blinds Came To Be

Trip To The Past – How Blinds Came To Be 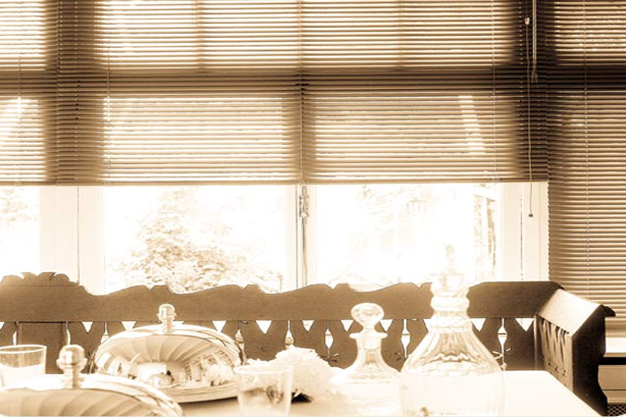 Window blinds are nothing new to us – we see them everywhere! You have them at home and at your office, where they add beauty to the room while providing you just the right amount of sunlight and enough privacy.

Have you ever stopped to think about the history of this innovative piece of interior decor right in front of you? So, let us learn a little about the past of window blinds which keep you content and comfortable.

Binds seem like an invention of the new world, but the fact is that it’s invention dates back thousands of years. They have been around for centuries, providing protection from sun and wind. It is believed that the early window blinds originated in Egypt, Persia or China around the same time.

Ancient civilizations like the Egyptians used wet strips of cloth as window blinds for protection against sun and dust. The first Venetian blinds were known to have been discovered in Persia and used from 1100 AD to 1500 AD. At the same time, Ancient Chinese were known to use window blinds made of bamboo stalks.

On the other hand, window blinds, specifically Venetian blind were not part of the European culture until the early 1700s. Even though these blinds didn’t originate in Europe, as it’s modern versions emerged near Venice, they were called the “Venetian”.

Throughout the 1700s, the Venetian blinds grew in popularity in France and England. And so, in the year 1760, English gentleman named Gowin Knight developed a “Dwarf Venetian Blind” and received a patent for the same. Around the same time, another Englishman, John Webster started the sale of “Wooden Venetian Su Blinds “ in Philadelphia.

The window blinds saw further innovations in the 1800s as they were developed in style and function. In 1841, John Hampson of New Orleans invented a mechanism to adjust the angle of the blind slats, allowing the control of sunlight let into the room. This is the Venetian blinds as we know them today.

The mass production of aluminum window blinds gained momentum after the world war II as Henry Sonnenberg and Joe Hunter founded the Hunter Douglas and began sale in North America. Hunter Douglas took off in 1947, with the production of more than 1,000 independent fabricators in the US and Canada.

Window blinds also progressed to different styles during the same time. Edward and Fredrick Bopp from Kansas City invented patented the vertical blinds in 1950. The 1970s saw the introduction of aluminum “Mini blinds”. The wide slatted wood and faux wood blinds that e see today gained popularity in the US starting from the 1980s.

Even after years, window blinds have such everlasting appeal in our lives. It is not hard to figure out why as they do a lot for our abodes by providing great style and comfort. With years of innovation, e now have a lot of options to choose from. We have different blinds made of natural materials like wood and bamboo as well as those made of artificial materials like plastic and vinyl. We even have motorized blinds and solar shades specifically meant for commercial places.

No matter what your taste is and what your needs are, we have the best window blinds here in Dubai for you to choose from.